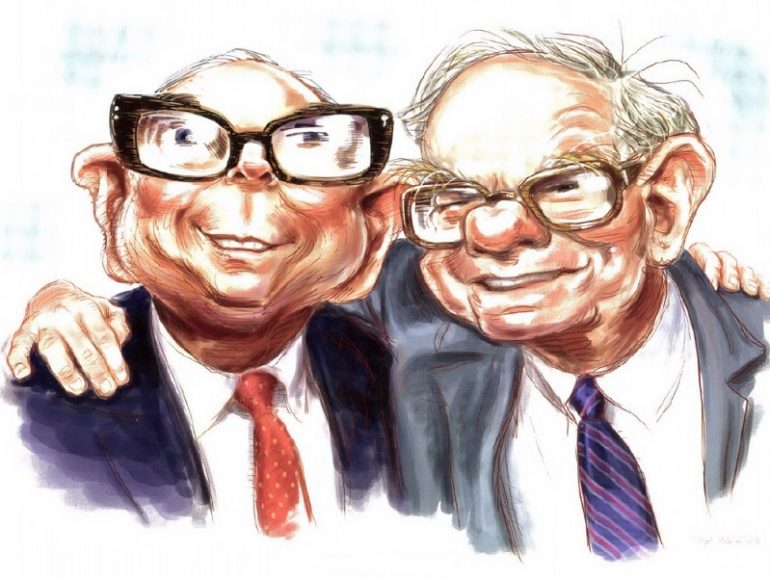 If I could just avoid all the folly, maybe I could get an advantage without having to be really good at anything…And so this process I have gone through life identifying folly and trying to avoid it has worked wonderfully for me. – Charlie Munger

It took me a while to realize what’s the problem caused by the survivorship bias. As I see it, someone’s success might be a result of luck and some random factors that somehow joined just perfectly. So whenever you try to follow a recipe of the successful, you probably won’t take into account a huge number of factors that likely also contributed to their success. You’re simply not aware of them.

So as an antidote to this, Warren Buffett and Charlie Munger talk about why it is important to study human folly.

The quotes bellow come from the book All I Want To Know Is Where I’m Going To Die So I’ll Never Go There: Buffett & Munger – A Study in Simplicity and Uncommon, Common Sense by Peter Bevelin. It’s written as an imaginary conversation at a library between four characters: Charlie Munger, Warren Buffet, the Librarian and the Seeker – the man who came to the library in search of wisdom.

MUNGER: “Buddha said, ‘I only teach one thing. I teach the cause of human sorrow — and how to avoid some of it.’ Now that isn’t exactly what he said—it isn’t word for word. However, that’s the gist of it.

Well, that is very much my approach to wisdom. In other words, if you go around figuring out what doesn’t work and then avoid it —and you also learn, when you get that sorrow that you can’t avoid, how to handle it (which is what Buddha was trying to teach), well that’s pretty good encapsulated wisdom.”

MUNGER: “I was greatly helped in my quest by two turns of mind. First, I had long looked for insight by inversion in the intense manner counseled by the great algebraist, Jacobi: ‘Invert, always invert.’ I sought good judgment mostly by collecting instances of bad judgment, then pondering ways to avoid such outcomes.”

BUFFETT: “Charlie…has always emphasized the study of mistakes rather than successes, both in business and other aspects of life. He does so in the spirit of the man who said: ‘All I want to know is where I’m going to die so I’ll never go there.”

LIBRARIAN: “Mr. Munger’s friend Li Lu said the same, ‘When Charlie thinks about things, he starts by inverting. To understand how to be happy in life, Charlie will study how to make life miserable; to examine how business become big and strong, Charlie first studies how businesses decline and die; most people care more about how to succeed in the stock market, Charlie is most concerned about why most have failed in the stock market.”

SEEKER: “What was the second turn of mind?”

MUNGER: “Second, I became so avid a collector of instances of bad judgment…”

MUNGER: “If I could just avoid all the folly, maybe I could get an advantage without having to be really good at anything…And so this process I have gone through life identifying folly and trying to avoid it has worked wonderfully for me.”

MUNGER “I am a collector of inanities and I catalogue the inanities on structures in my head and it’s been a wonderful thing to do… When you’re collecting inanities there’s never a shortage … One day at a time I find new errors and add to my list.”

SEEKER “You both do this?”

BUFFETT “We have been a student of other’s folly, and it has served us well.

We want to see what has caused businesses to go bad…I’ve often felt there might be more to be gained by studying business failures than business successes. In my business, we try to study where people go astray, and why things don’t work.”

SEEKER “But isn’t it better to learn from success?”

MUNGER “A lot of success in life and business comes from knowing what you want to avoid: early death, a bad marriage, etc… Just avoid things like racing trains to the crossing, doing cocaine, etc. Develop good mental habits… Avoid evil, particularly if they’re attractive members of the opposite sex.”